Vincenzo Raiola, who is part of Gigio Donnarumma’s entourage, hits back at journalists and ex-footballers after the Italy goalkeeper was named UEFA EURO 2020 Player of the Tournament.

Donnarumma, 22, is set to join PSG as a free agent from Milan.

He’s been harshly criticised by part of Italian media and pundits for his decision to leave his childhood club for free at the end of his contract in June 2021.

Donnarumma underwent his medicals with the Ligue 1 giants after the EURO 2020 group stage in Rome and had been booed by some Italian fans when Roberto Mancini replaced him in the final minutes of Italy vs. Wales.

However, the 22-year-old proved to be decisive throughout the tournament, saving one penalty in the shoot-out against Spain and two more in the Final against England.

He’s also been named UEFA EURO 2020 Player of the Tournament.

Vincenzo Raiola, the cousin of the famous agent Mino and part of Donnarumma’s entourage, took to his Instagram account to hit back at criticism after the Final.

“From tomorrow, continue to criticise without knowing,” he wrote. 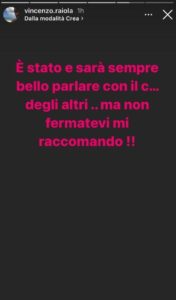 Santos: ‘In talks for Kaio…

Milan’s Hauge on verge of…