Today’s Papers – Wembley heroes are back against Bulgaria

Make way for the champions

The heroes of Wembley have returned

In Florence they play for Qatar 2022

Gigio, where did you go? Finally you are back in goal

Negotiations with the Bianconeri at a turning point

Goalkeeper has a fracture in his back

What a CR7! A slap, a missed penalty and record brace

He’ll be back against Lazio, then for Milan’s Champions League campaign

Swede is ready to play after the break 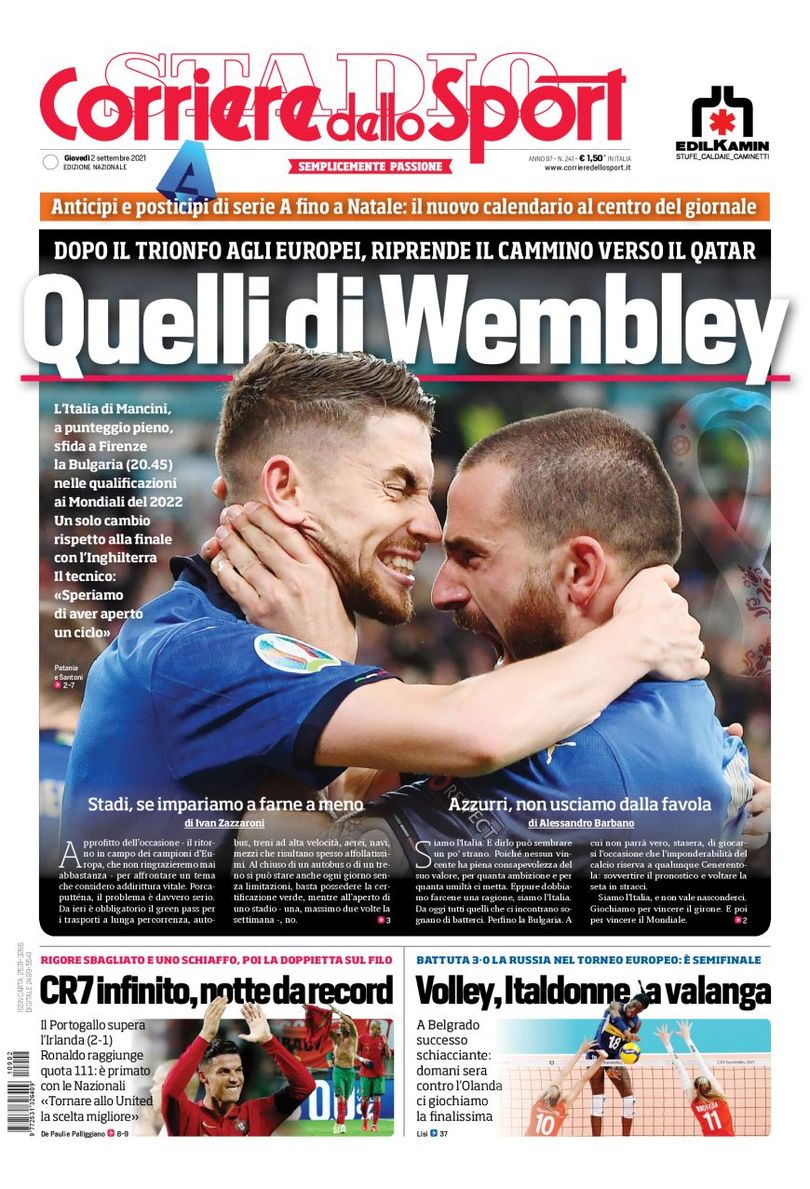 After the Euros triumph, journey towards Qatar resumes

Just one change compared to the Final against England

Coach: ‘We hope that we’ve opened a new era’

Parried penalty and a slap, then brace in stoppages

‘Returning to United the best choice’ 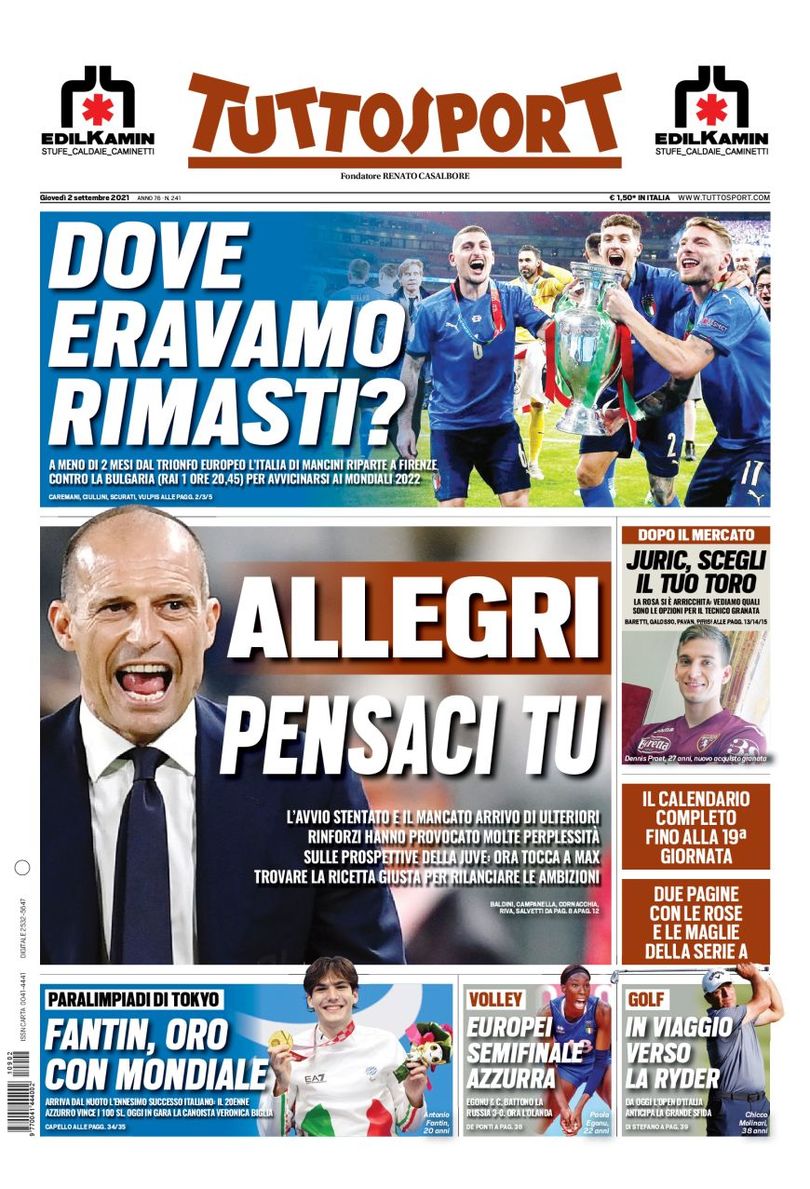 Under two months on from the European triumph, Mancini’s Italy pick up again in Florence against Bulgaria to edge closer to the 2022 World Cup

Allegri, you take care of it

The squad has been enriched, now let’s see the options for the Granata coach