Allegri Chapter 2 begins, all fired up

Coach who brought five consecutive titles to Juve resumes amid euphoria: fans ask for the Champions League, but the primary objective remains the Scudetto

Brahim will stay with Pioli

And now for Kaio Jorge

Another confirmation for the Rossoneri

Here is PSGIGIO: ‘I want to win it all in Paris’

Stadium entry with green pass, towards 50 per cent capacity

Lega Serie A calls for 100 per cent, but the Government hits the brakes

New ‘asymmetrical’ Serie A season: second half different to the first

The giants face off in Week 4

An easy start for Inter 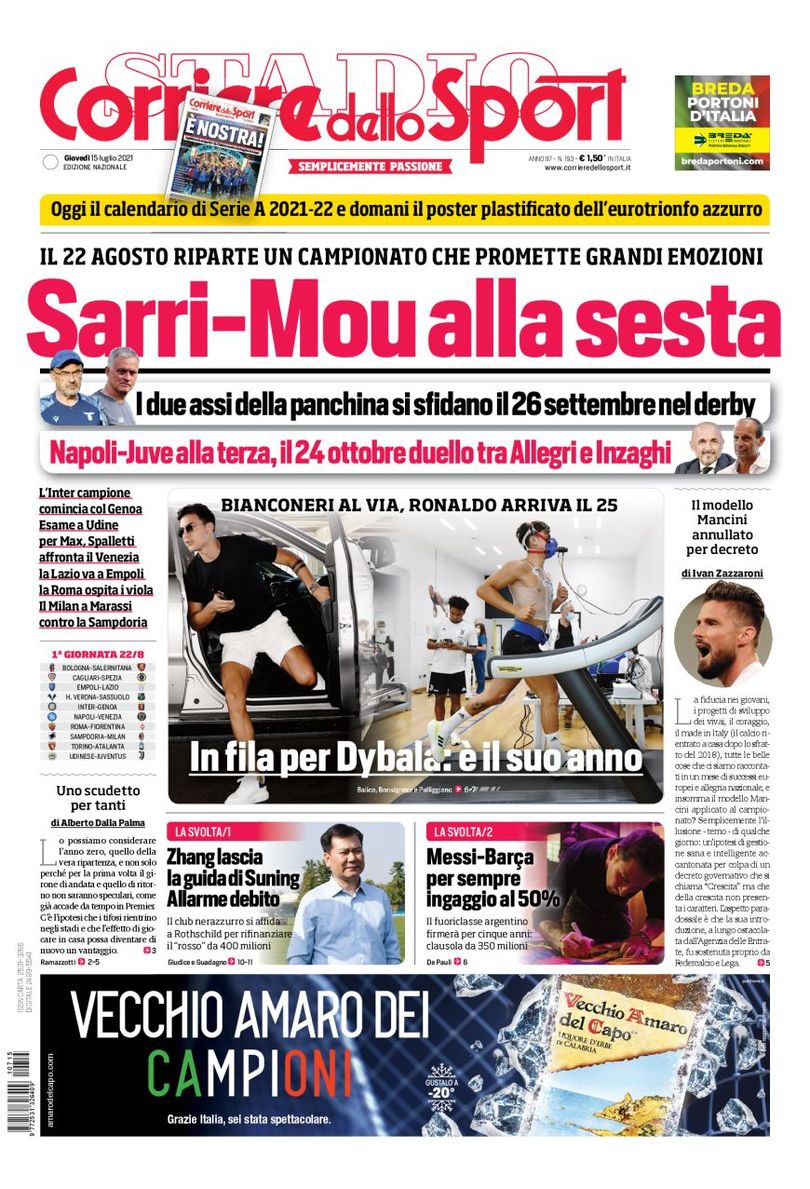 August 22 for the start of a campaign that promises excitement

Napoli-Juve in Week 3, October 24 the duel between Allegri and Inzaghi

Queuing up for Dybala: it’s his year

Nerazzurri ask Rothschild to refinance the ‘hole’ of 400m

Argentine legend will sign for five years, clause worth 350m 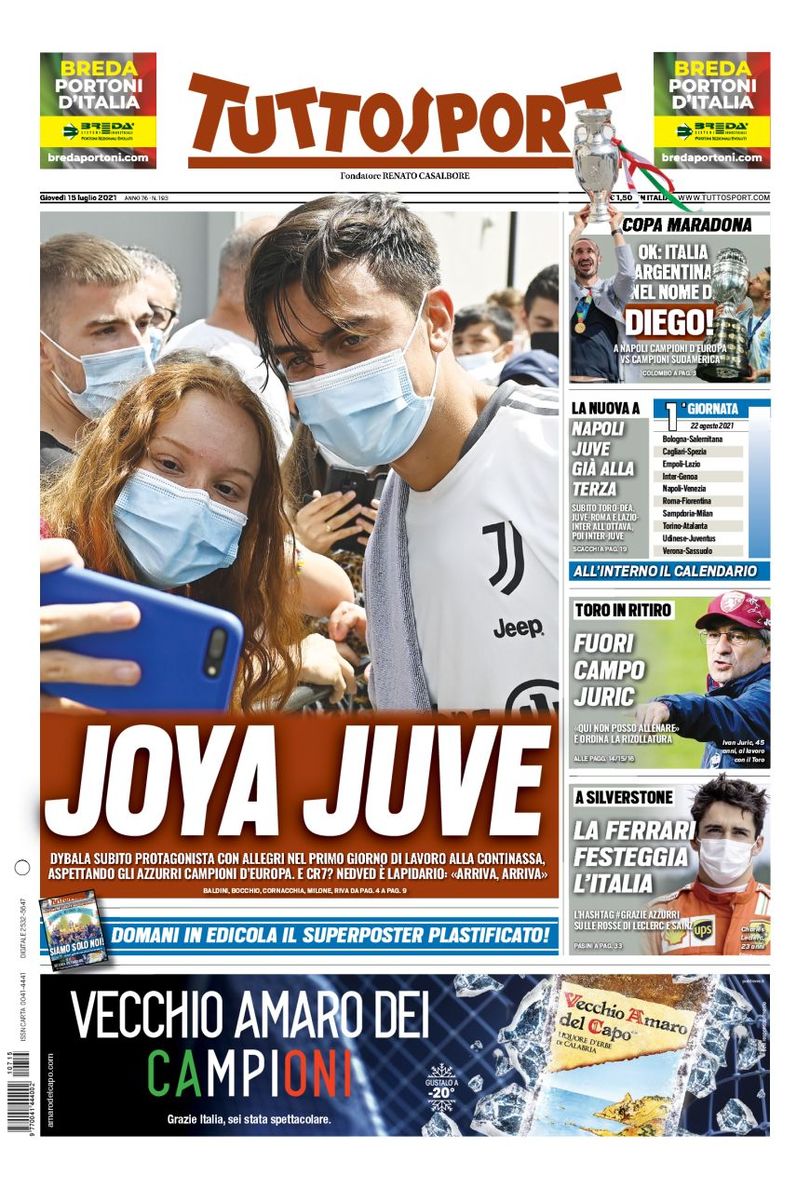 Dybala immediately a protagonist with Allegri on the first day of work at the Continassa, waiting for the Azzurri champions of Europe

OK: Italy-Argentina in the name of Diego!

Napoli-Juve already in the third round

Juric furious with the turf

‘I can’t train here’ and he orders the pitch relaid

Mkhitaryan: Roma will do everything…