Juve, door slammed in their face

Szczesny and Kean flops: the Azzurri complete the comeback (2-1)

Bianconeri fragile and without a style of football: one point in three games

Allegri-Spalletti row at the end of the match

Manchester at his feet

Inter and Milan flex their muscles

Mission full points for the Milanese clubs, Lazio and Roma

Inzaghi takes on the Samp trap with Dzeko and Lautaro

Now it’s up to the new Toro

What a Vlahovic! Bergamo drop

Fiorentina beat Atalanta amid controversy, but VAR is not wrong on the key incidents 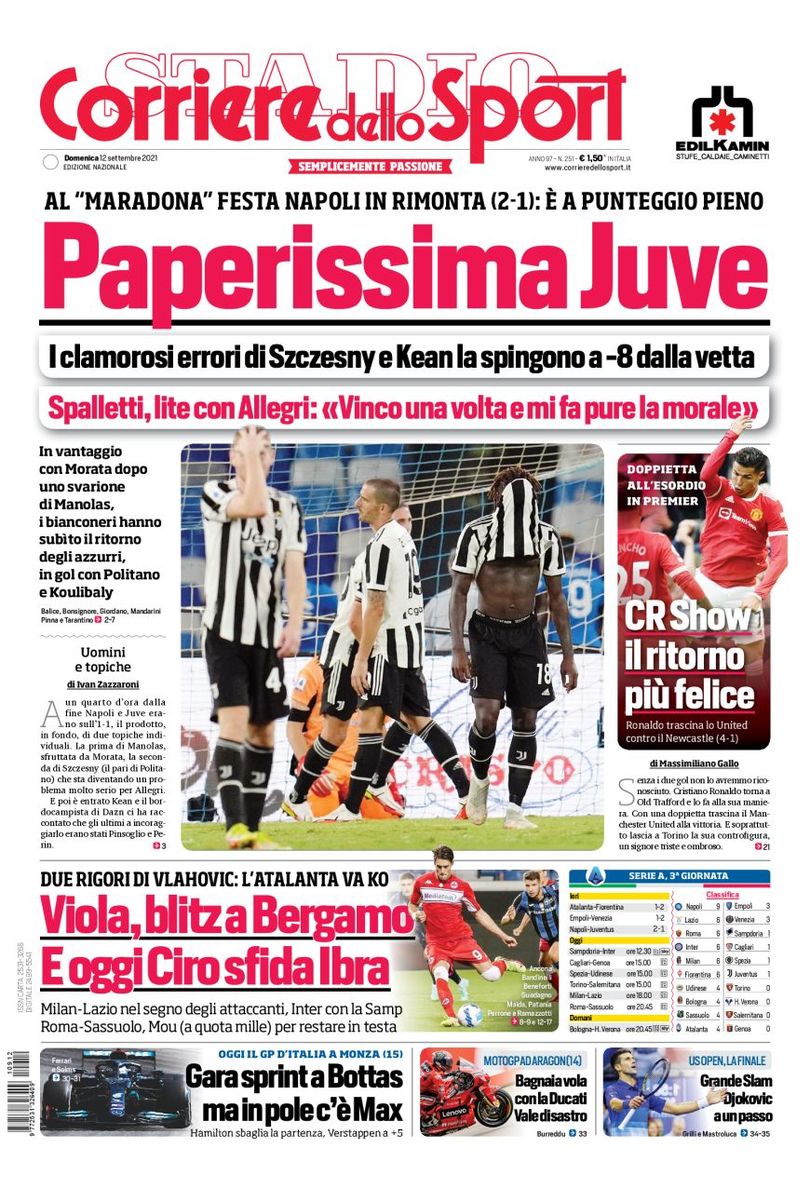 At the Maradona Napoli celebrate a comeback (2-1): they have full points

Shocking Szczesny and Kean errors push Juve -8 from the top

Spalletti, row with Allegri: ‘I win once and you lecture me’

In the lead through Morata after Manolas mistake, Bianconeri fall behind Politano and Koulibaly

Brace on his Premier League debut

And today Ciro takes on Ibra

Milan-Lazio reflected in the forwards, Inter with Samp

Roma-Sassuolo, Mou (who hits a thousand) to stay on top 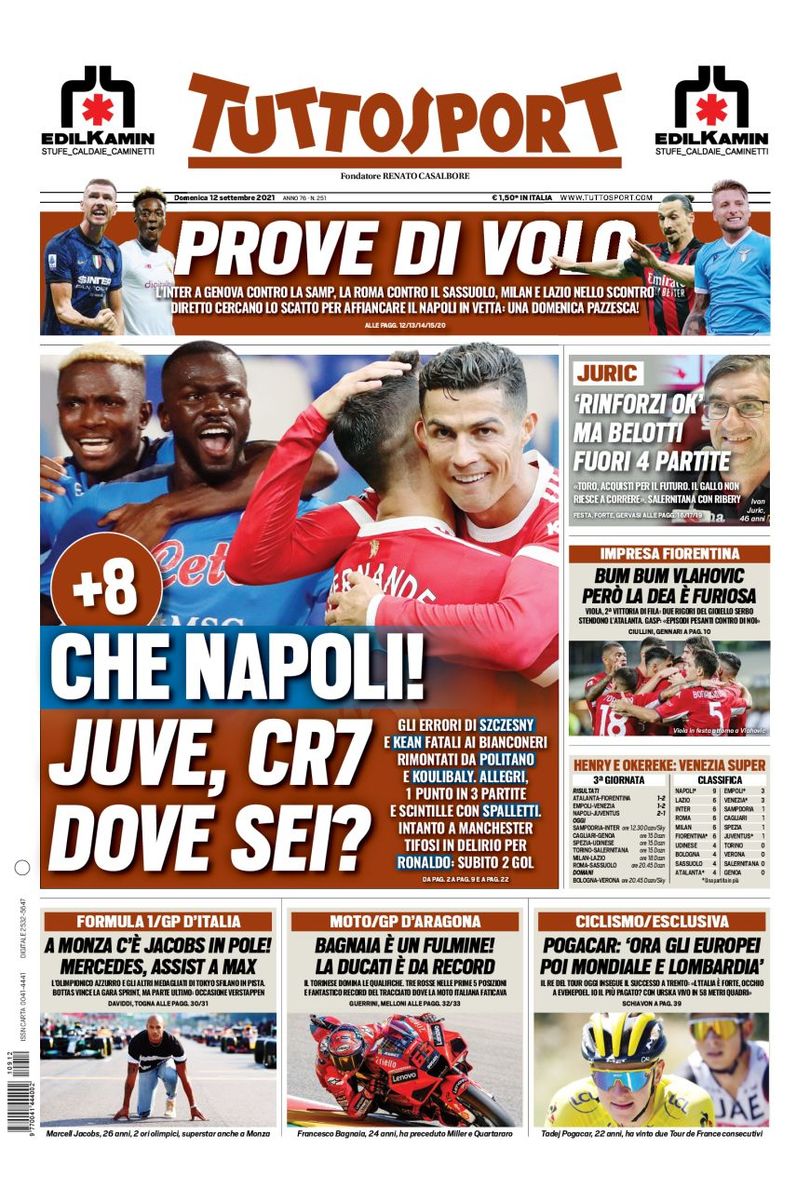 Szczesny and Kean errors prove fatal for the Bianconeri, as Politano and Koulibaly turn it around

Allegri, one point from three games and sparks fly with Spalletti

Inter in Genoa against Samp, Roma face Sassuolo, Milan and Lazio in the head-to-head, all of them try to catch Napoli at the top: what a Sunday!

Juric: ‘Reinforcements are OK,’ but Belotti out for four games

Gasp: ‘Key incidents against us’

Serie A LIVE: Genoa vs.…

Marino: ‘Atalanta are no longer…