Another coup from the Rossoneri: Frenchman arrives tomorrow and signs a two-year contract

Juve to the Max, what a boost from the Euros

Heroes of Wembley fired up

Bonucci, Chiellini, Chiesa and the newly-married Bernardeschi: all re-evaluated by the Nazionale triumph

From the pitch to social media, it’s all fun

‘Mancini inspired by us from the super Samp’

Coach described by his friend Pagliuca

Cup effect on the GDP: it could be worth 12 billion 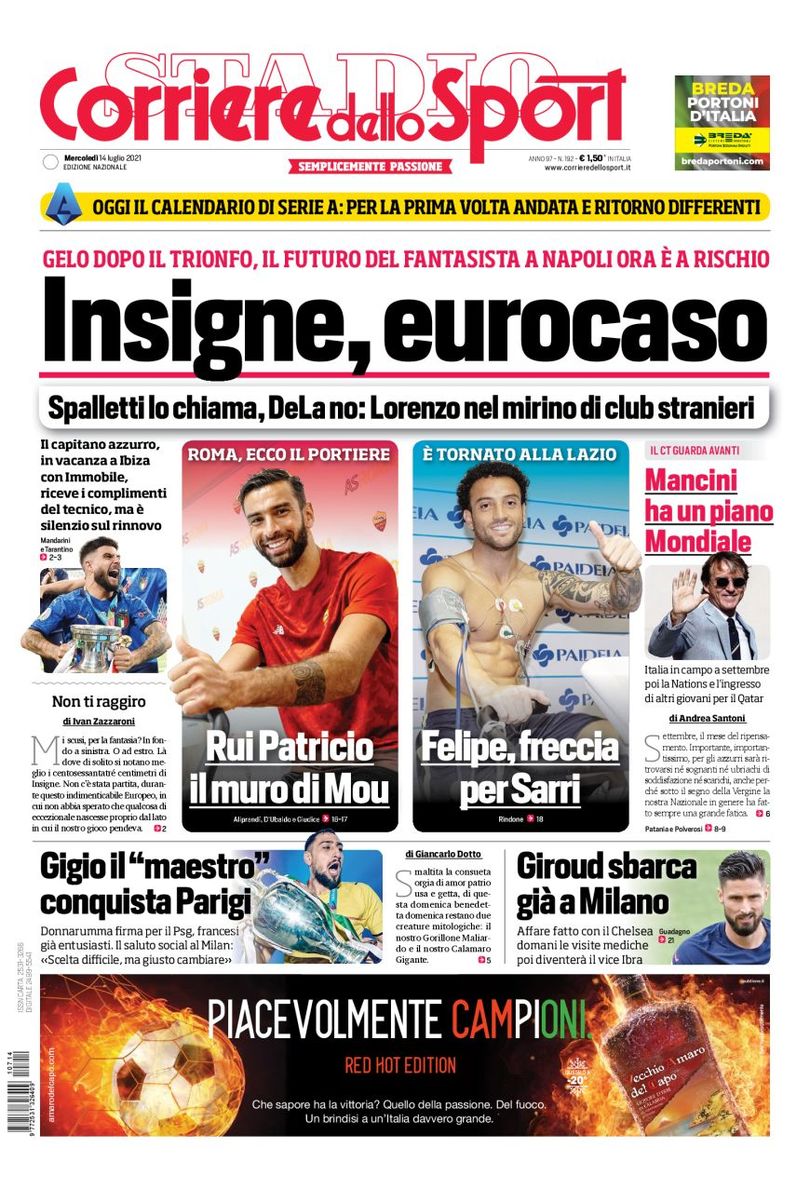 After the triumph, his future at Napoli is now at risk

Azzurri captain, on vacation in Ibiza with Immobile, receives compliments from the coach, but there’s silence around his renewal

Roma, here is the goalkeeper

Felipe, an arrow for Sarri

Mancini has a world plan

Italy on the field in September, then the Nazionale League and more young players coming in for Qatar

Gigio the ‘maestro’ wins over Paris

His social media salute to Milan: ‘Difficult choice, but right to change’

Giroud will land in Milan

Done deal with Chelsea, tomorrow the medical and then he’ll become the Ibra understudy 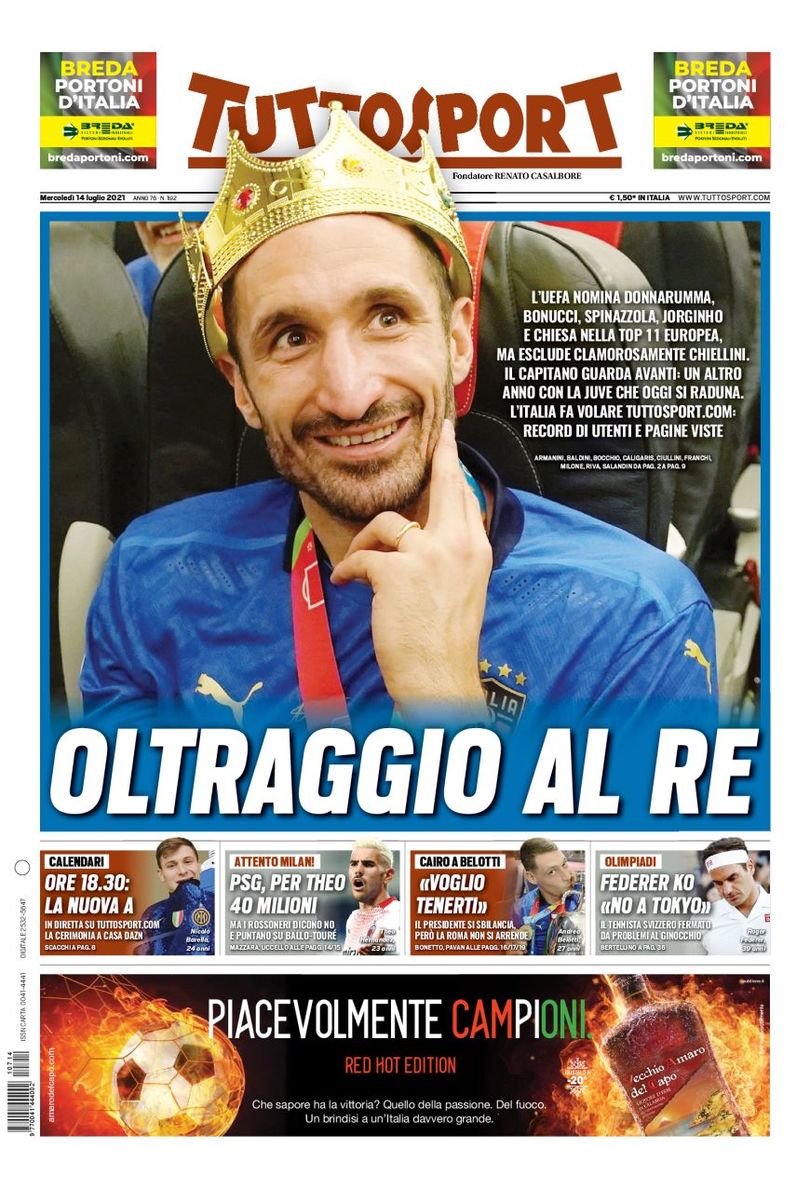 Insult to the King

The captain looks forward: another year with Juve, who begin training today

The new Serie A today

Watch out Milan! But the Rossoneri say no, they’re targeting Ballo-Toure

Cairo to Belotti: ‘I want to keep you’

President lets loose, but Roma won’t give up

Atalanta could get both Abraham…

Vlahovic and Dzeko to replace…

Only Milan remain for Ilicic