Home / Serie A / Today’s Papers – CR7 and the City, Inter get their Correa

Today’s Papers – CR7 and the City, Inter get their Correa

The striker for Inter

Dzeko and Lautaro have an ideal partner, now looking to Scamacca

He won’t always be first choice at Juve

Lesson from the Euros can benefit the clubs 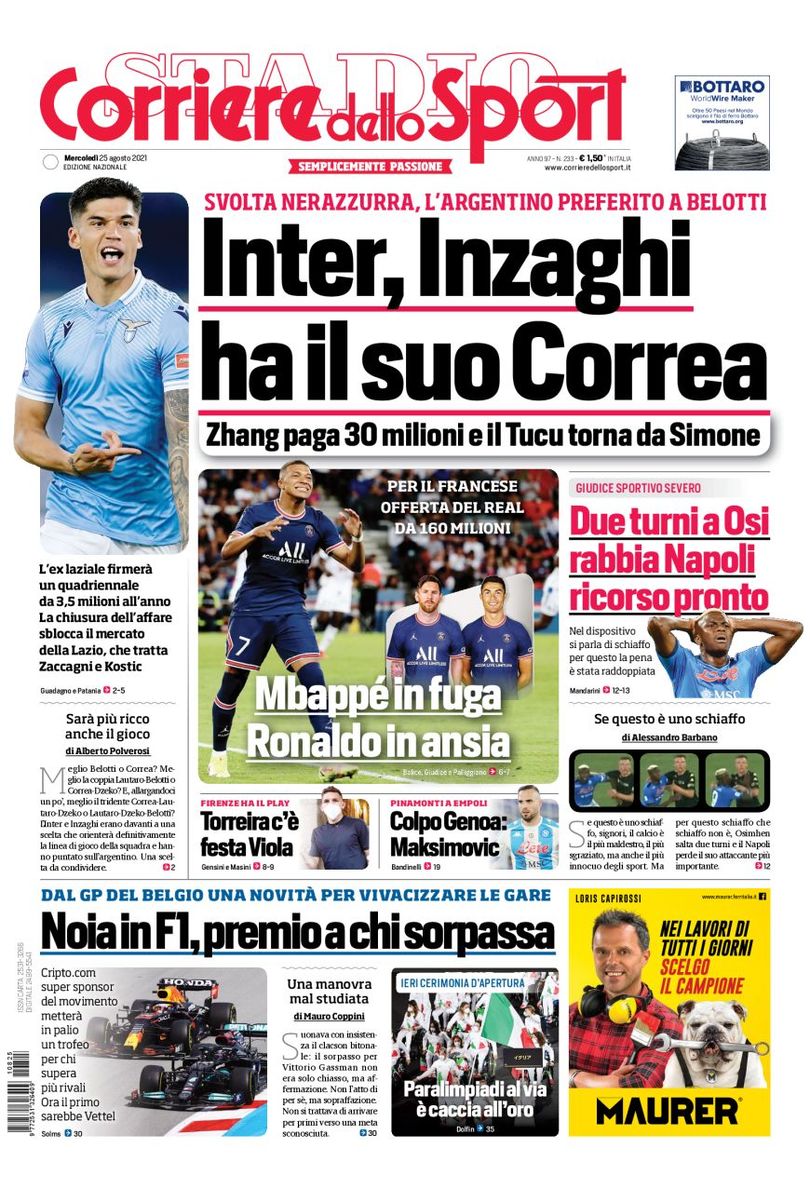 Inter, Inzaghi has his Correa

Ex-Lazio man will sign a four-year contract worth €3.5m per year

Real offer €160m for the Frenchman

The ruling speaks of a slap, this is why the ban was doubled 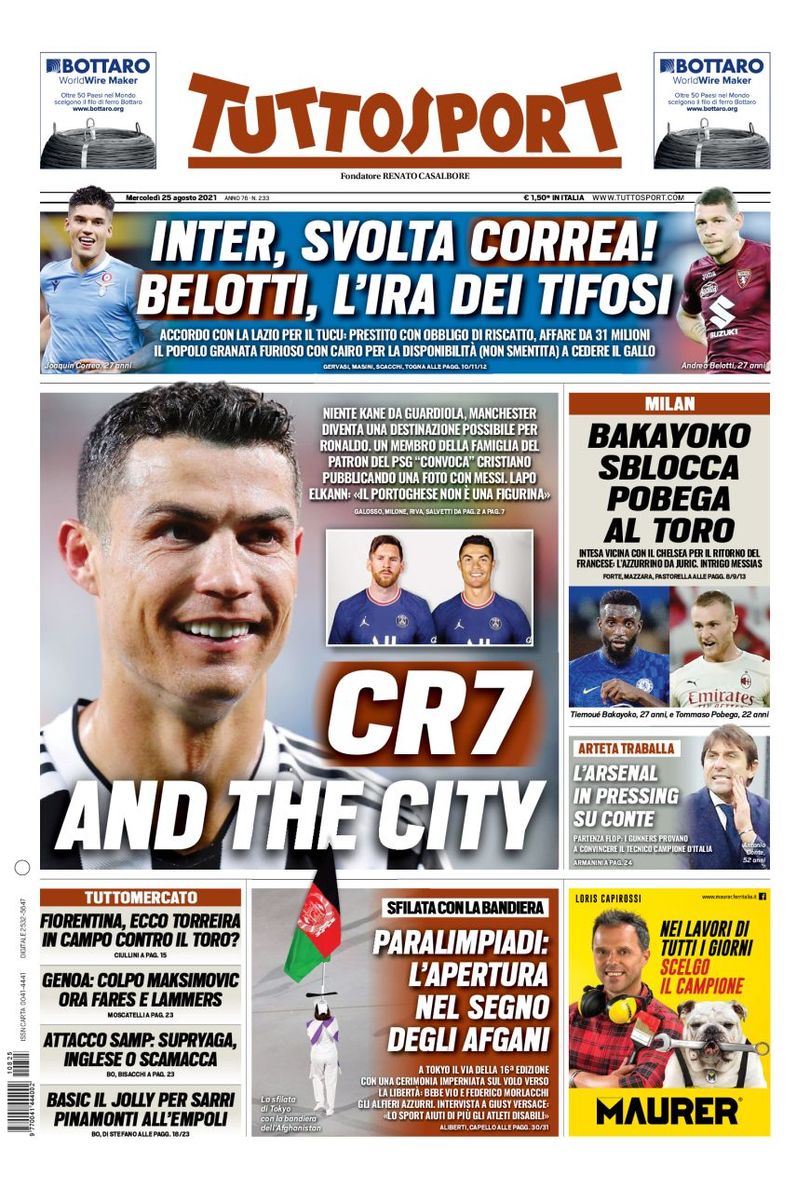 CR7 and the City

No Kane for Guardiola, Manchester becomes a possible destination for Ronaldo

Lapo Elkann: ‘The Portuguese is not a figurine’

Agreement with Lazio for Tucu: loan with obligation to buy, deal worth €31m

Agreement near with Chelsea for return of the Frenchman: Azzurrini talent to Juric

Flop start, the Gunners try to convince the coach who is champion of Italy

Fiorentina, here is Torreira, on the field against Toro?

Basic the Joker for Sarri

Kalulu: ‘Thanks to the fans’

Cataldi: ‘We’ll think about the…

Ancelotti on his time at…