Leonardo Spinazzola had been the first Italy player to receive the winners’ medal and was given a warm welcome when the Azzurri landed in Rome this morning.

The 28-year-old has been one of Italy’s best players at EURO 2020, but he sustained an Achilles tendon injury in the quarter-finals against Belgium.

He had to undergo surgery and is now set to remain out of action for six months.

The Roma defender watched the semi-final tie against Spain from home but joined the rest of the group for the Final at Wembley, which he watched from the stands.

Spinazzola was the first to receive the winners’ medal at Wembley last night and, when the Azzurri landed in Rome this morning, he received a warm welcome from the staff members of Rome Fiumicino Airport who sang: ‘Olé Spina.’

“This team is like a family,” Spinazzola told Sky Sport after the game.

“The most beautiful thing was when they started singing for me after the semi-finals, I was the first person they thought about,” he added. 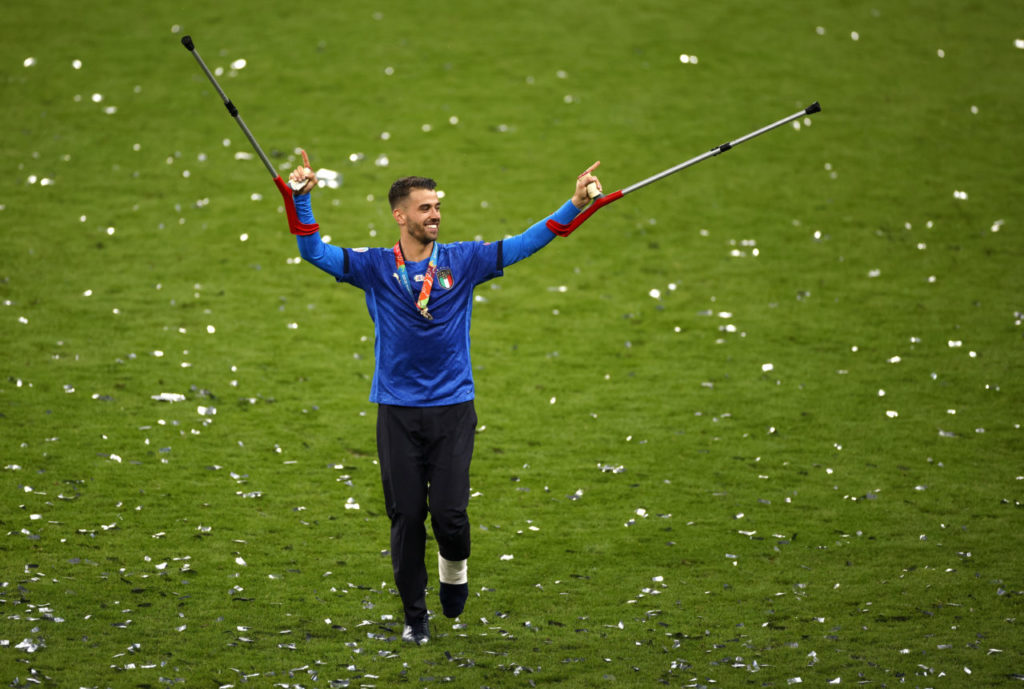 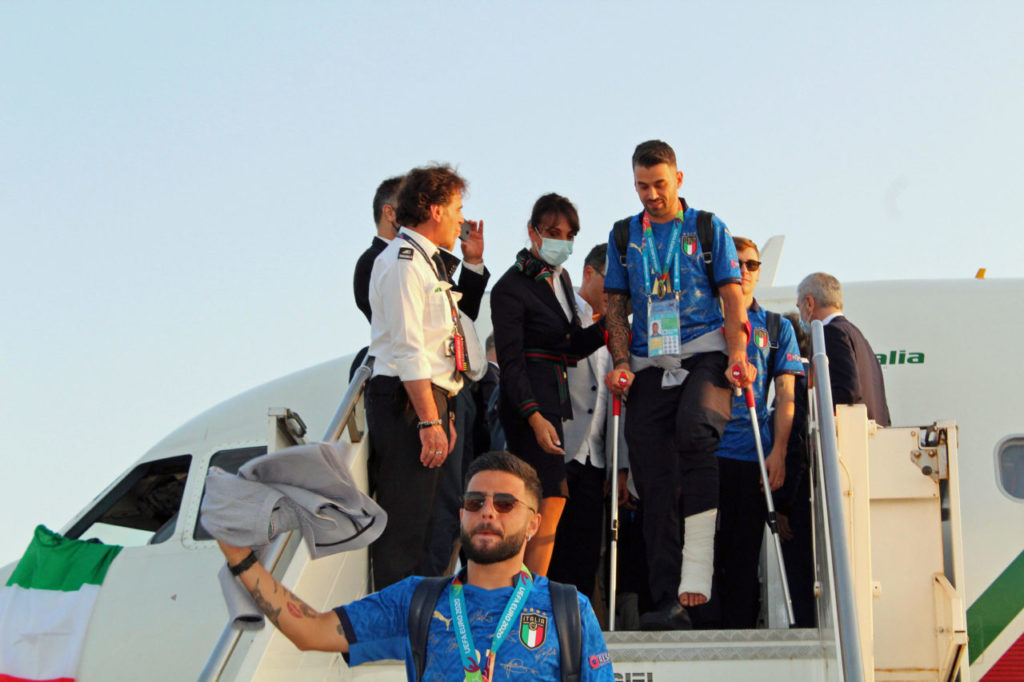 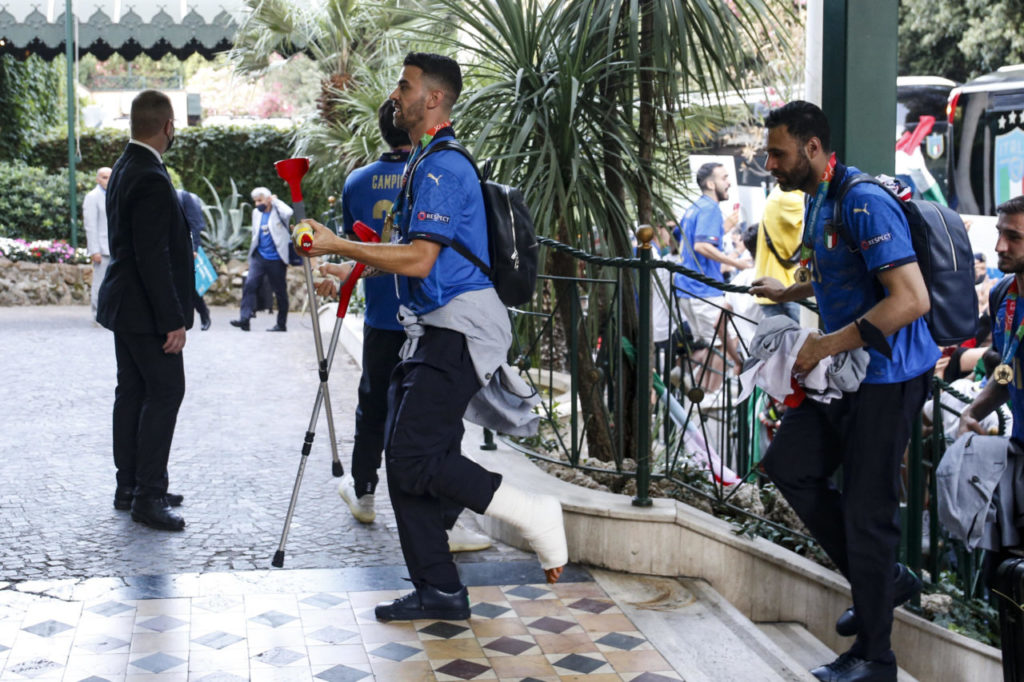 “A unique emotion, perhaps this was the destiny. Let’s say all together: ‘We are champions of Europe.’”

Caldara to join Venezia on…

Inter prepare for life after…