Italy have won the Euros for the second time in their history and Susy Campanale picks the five defining moments of the Azzurri’s triumph.

It was a legendary night at Wembley where the Azzurri became European Champions beating England on penalties. It was the end of a long journey that begun in Rome one month ago. These are the five defining moments behind the Azzurri’s European triumph.

Manuel Locatelli already stood in for Marco Verratti against Turkey, but really made his mark in the 3-0 victory over Switzerland. His sensational volleyed pass started the move that Domenico Berardi returned, the Sassuolo teammate having made the run to tap in and complete the goal. Locatelli went on to become only the third player to score a brace for Italy at the Euros, after Pierluigi Casiraghi in 1996 and Mario Balotelli in 2012. Although his appearances were limited after Verratti’s recovery, Locatelli showed there were plenty of reliable options for the present and future of this Azzurri team.

Offside flag to the rescue

Italy conceded their first goal at EURO 2020 and ended the record-breaking 11 clean sheet run during the Round of 16 against Austria, but that’s not the moment that changed their path. Instead, it was a near miss that they got away with, the Marko Arnautovic header that was disallowed after a long, tense VAR review. That was the wake-up call they needed in what was proving to be a surprisingly tough first knockout round and the mood clearly shifted. It took until Federico Chiesa’s magnificent solo effort in extra time to finally break the Austrians down, followed by a Matteo Pessina goal, but it might’ve been very different without Arnautovic being slightly over. 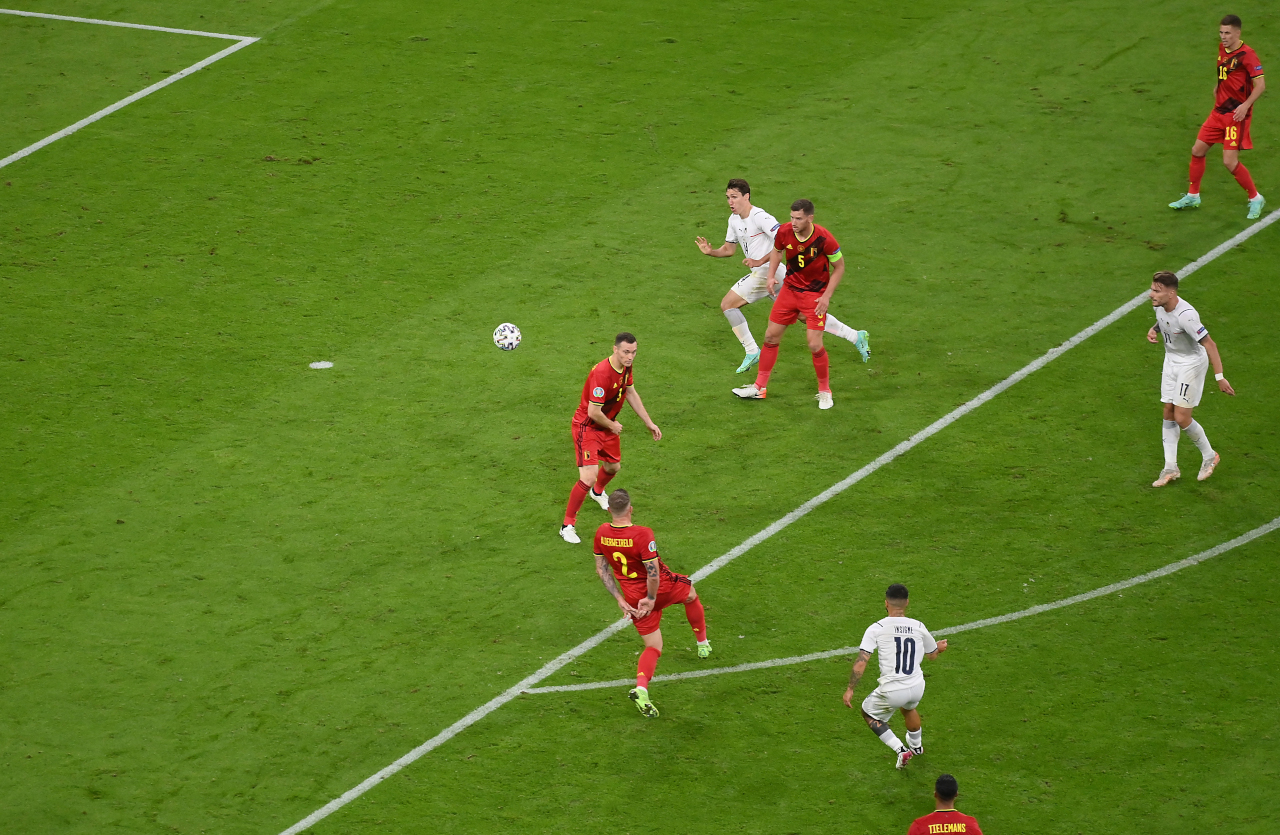 We’d been waiting for it throughout, he had several attempts, but the trademark Lorenzo Insigne curler finally nestled into the far top corner to seal a 2-0 lead against Belgium in the quarter-final. The Insigne strike is now so familiar that the Napoli fans, and now the Italy supporters and players too, have shortened the full phrase tiro a giro to tiraggir – curling finish. Belgium are the FIFA World Number 1 ranked side, so taking such a commanding lead in this style really did make Mancini’s men believe they could do anything.

Italy have always had a rather tense relationship with penalty shoot-outs, but that has changed in recent years, most notably the 2006 World Cup Final. There was a feeling of confidence from the Azzurri going into their decisive duel with Spain after a tough semi-final, exhibited perfectly by Giorgio Chiellini joshing with a rather bemused Jordi Alba. Laughing, smiling, joking around, pinching the opposition captain’s cheek. We’ve got this. Even when Locatelli saw his effort go awry, swiftly followed by Dani Olmo again not finding the net, we felt that it was all under control. Alvaro Morata had already scored one goal, there was absolutely no way he was converting that penalty as well, while there’s nobody you’d trust more with a decisive penalty than Jorginho. 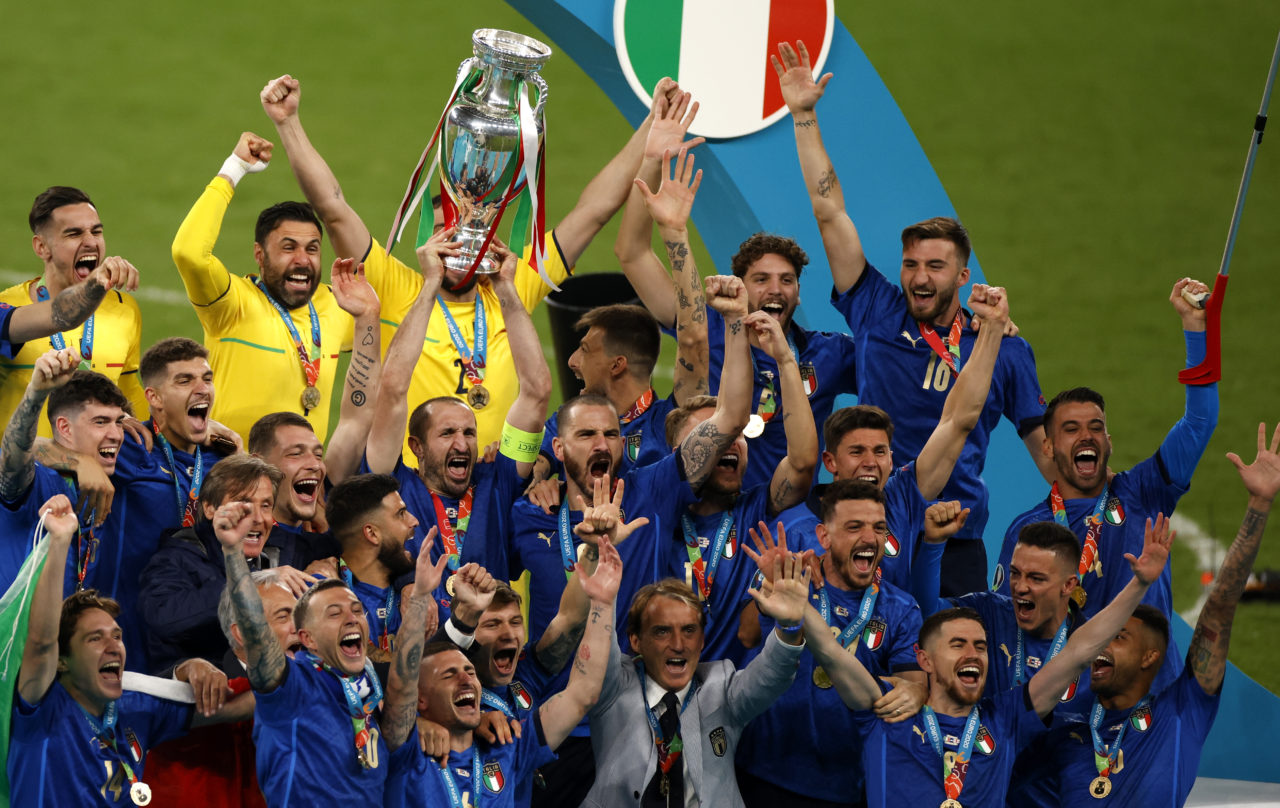 It was all set up for an England triumph, a stadium with a tiny section set aside for supporters in blue, an early Luke Shaw goal, but the Azzurri weren’t going to give up that easily. Marco Verratti’s header came off the post, because that would’ve been too ridiculous a way to score, and Leonardo Bonucci bundled the rebound over the line. Right in front of that tiny minority of fans. There was only one team that looked like winning it from then on, as England had sat so deep for so long, they were practically mired in quicksand. Even when Jorginho doesn’t deliver from the spot, Gianluigi Donnarumma does. Torna a casa, torna a casa, il calcio torna a casa…

Caldara to join Venezia on…

Inter prepare for life after…

Nandez knows ‘nothing’ about possible…