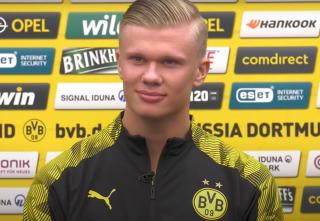 Mino Raiola and his of clients are known to be some of the most high-profile individuals in the modern football world. From Manchester United’s Paul Pogba and AC Milan’s Zlatan Ibrahimovic to Chelsea’s Romelu Lukaku and Paris Saint Germain’s Gianluigi Donnarumma, the names don’t get any more important. But however, there is one certain Borussia Dortmund prodigy in his books who has floored audiences and Bundesliga defences for the past three seasons.

Report: Leverkusen have agreement with…

Report: Birmingham City have a…

Kuntz “full of energy” at…