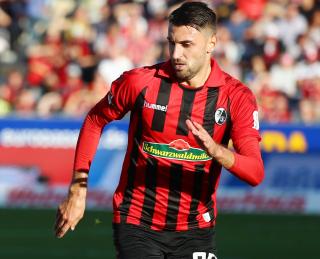 Matters may not have turned out the way SC Freiburg wanted them to on Sunday afternoon, Vincenzo Grifo insisted that he never wished to win a match by dishonest means.

Opposing head-coach Oliver Glasner praised the 28-year-old local afterward for what his sportsmanship during an incident in the 55th minute of Sunday’s match.

Glasner called Grifo “an absolute sportsman” and called him a representation of “Freiburg’s commitment to honest football”.

Stuttgart hold off Mainz to…

Trio in line to return…

Mixed feelings for Glasner after…

Oxford to be out for…