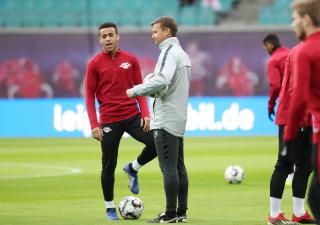 During his pre-match presser, RB Leipzig coach Jesse Marsch confirmed that all Leipzig players (save Dani Olmo, Marcel Halstenberg, and the suspended Angelino) would be fit and available for the coming Champions’ League match against Club Brugge.

The American trainer also hinted that he would once again deploy his “Scandinavian power duo” of Yussuf Poulsen and Emil Forsberg against the Belgian Champions under the lights.