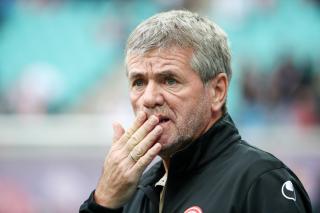 In an another major development concerning next season, the local Kölner Express newspaper revealed that head-coach Friedhelm Funkel won’t be remaining with the club after the 2020/21 campaign.

Report: Gerardo Seoane to be…

Marco Reus rules himself out…

Southampton to make a move…