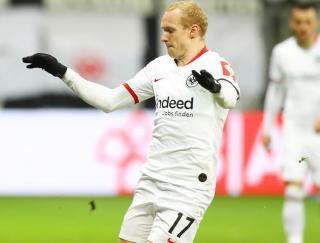 “Failed”. “Inexplicable”. “Stupid”. “Sobering”. These were the adjectival/adverbial clauses used by Eintracht Frankfurt players and their head-coach when asked offer their assessment of the 3-4 loss that most likely cost them their chance at their first ever UEFA Champions’ League spot.

Should Dortmund win against Mainz tomorrow, the quest will officially be over. An exhausted and dejected Sebastian Rode told his Sky Germany interviewer after the match that he expected them to.

Report: Dortmund among many clubs…

Rüdiger: ‘It was important for…

Augustinsson hints at move away…

Werner lauds Benzema as one…