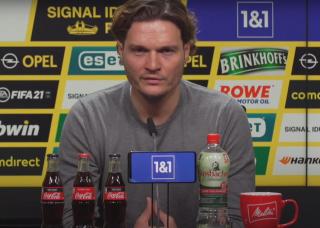 In the German Bundesliga’s game of “coaching musical chairs”, it shall still be some time before the music stops.

As Tuesday drew to a close, some German media sources seem to tend toward VfL Wolfsburg’s Oliver Glasner swapping one German Saxon state for another en route to RB Leipzig’s trainer position.

Others have Glasner heading back to Austria to take over for Jesse Marsch at RB Salzburg after the latter makes a lateral move in the Red Bull System.

According to Germany’s Westdeutscher Allgemeine Zeitung, Jörg Schmadtke and the VfL administrators have Dortmund’s interim trainer in their sights.

Rummenigge urges the DFB to…

Confirmed: Peter Stöger will not…